Pablo Ponce was born in the city of La Plata (Argentina), also known as the city of the diagonals. In his hometown, he studied Scenography at the Faculty of Fine Arts (UNLP) where he obtained his degree in 1998.
Right after that, he worked three years in Mexico as professional scenographer.
Since more than 10 years, he has found his way in Amsterdam. Here, in 2012, he achieved his second academic art career at the Department of Ceramics of the Gerrit Rietveld Academy. Pablo has extensive experience as scenographer as well as independent visual artist. He showed his work in several individual and group exhibitions in galleries, art platforms and museums.
"Borderless" is the title of work with elements related to immigration.
It is about the closed borders, people with no visa, refugees & bureaucracy.
Nevertheless, borders are not just physical, but also psychological, social and cultural.
This is the theme of his current work, where it is included in imaginary maps. These maps have conceived to be anthropomorphic, with parts of the human body such as fingerprints, "bar codes" that assume symbolic connotations
The Etching technique combined with different materials. 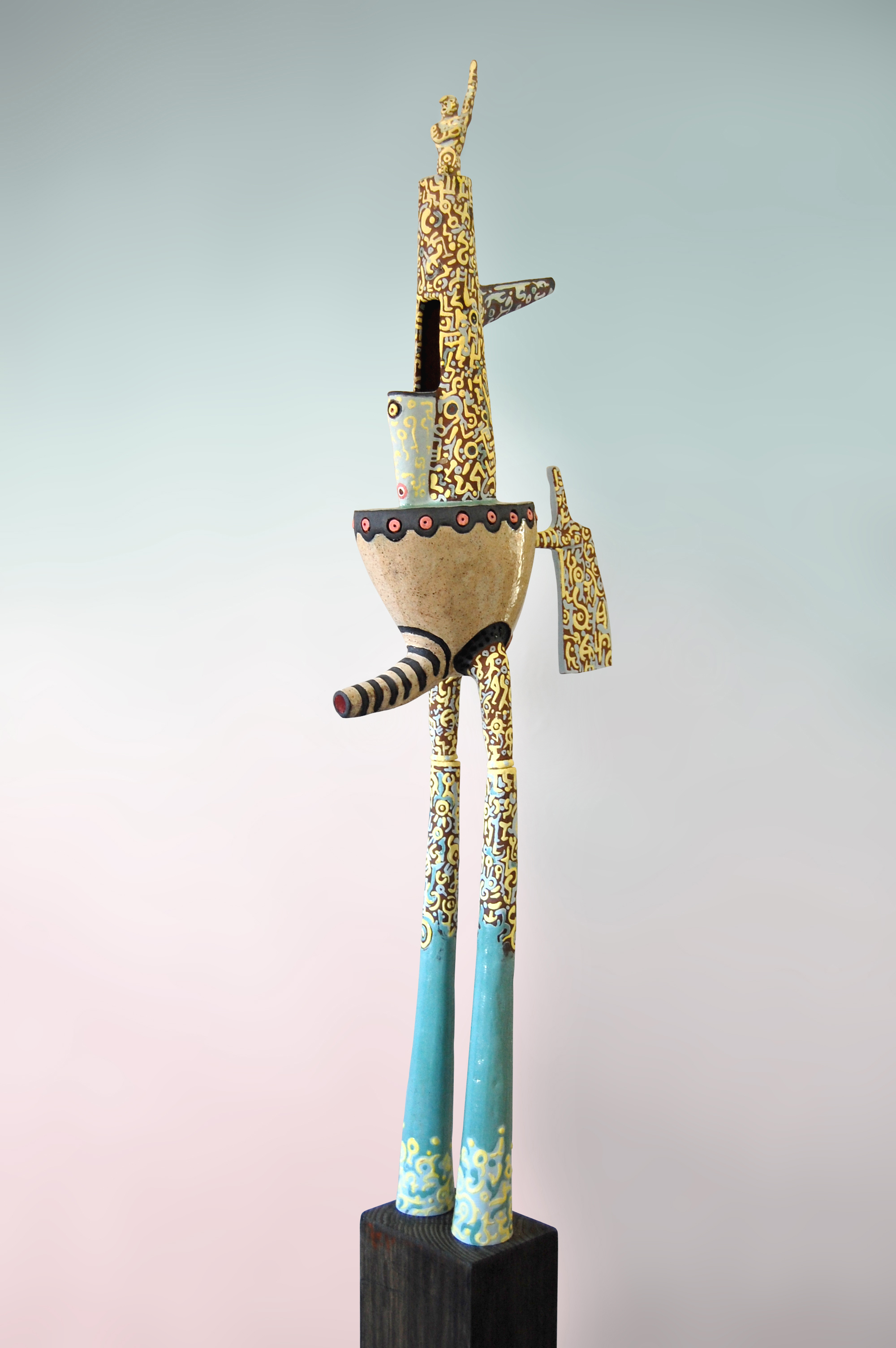 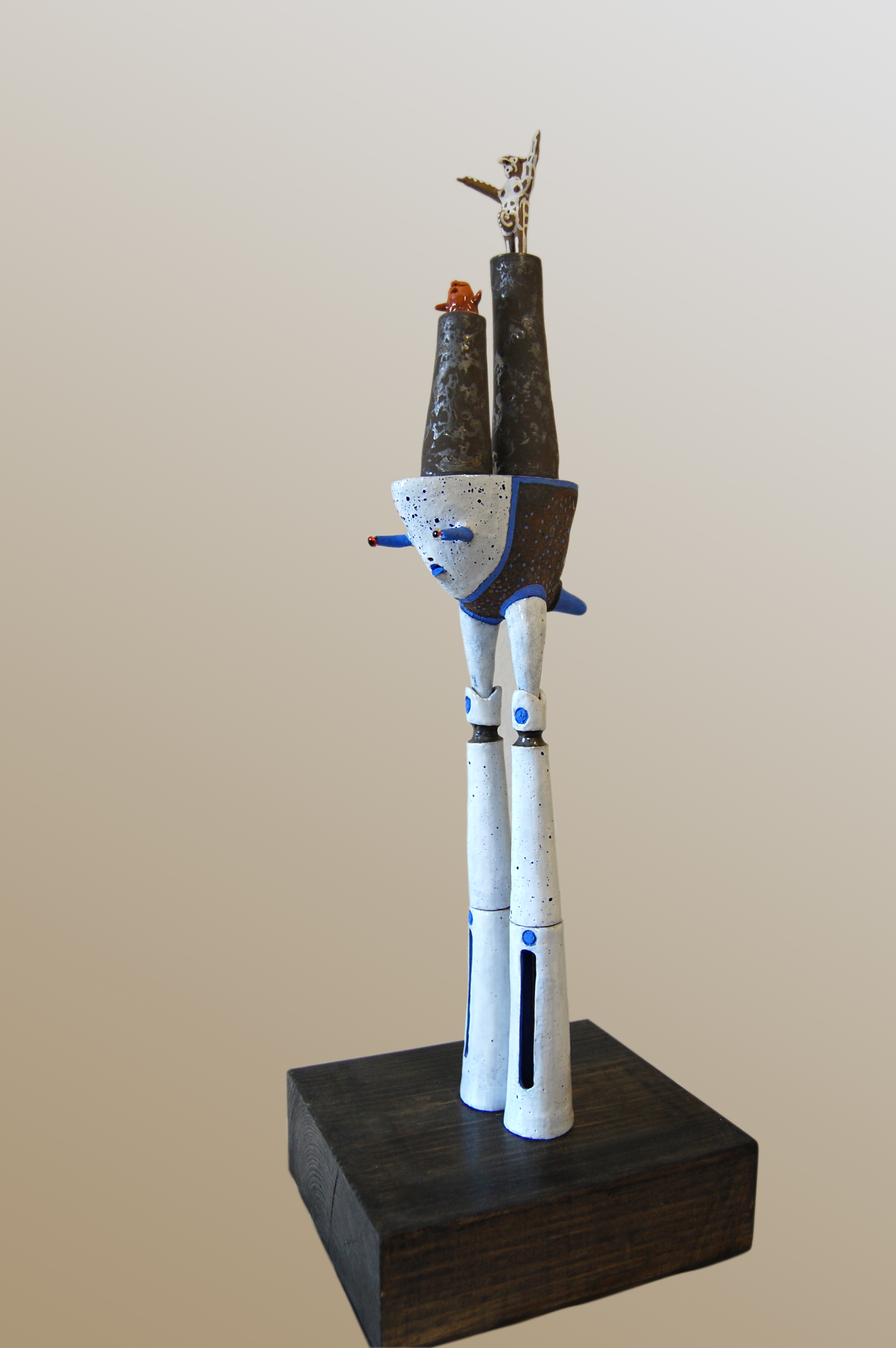 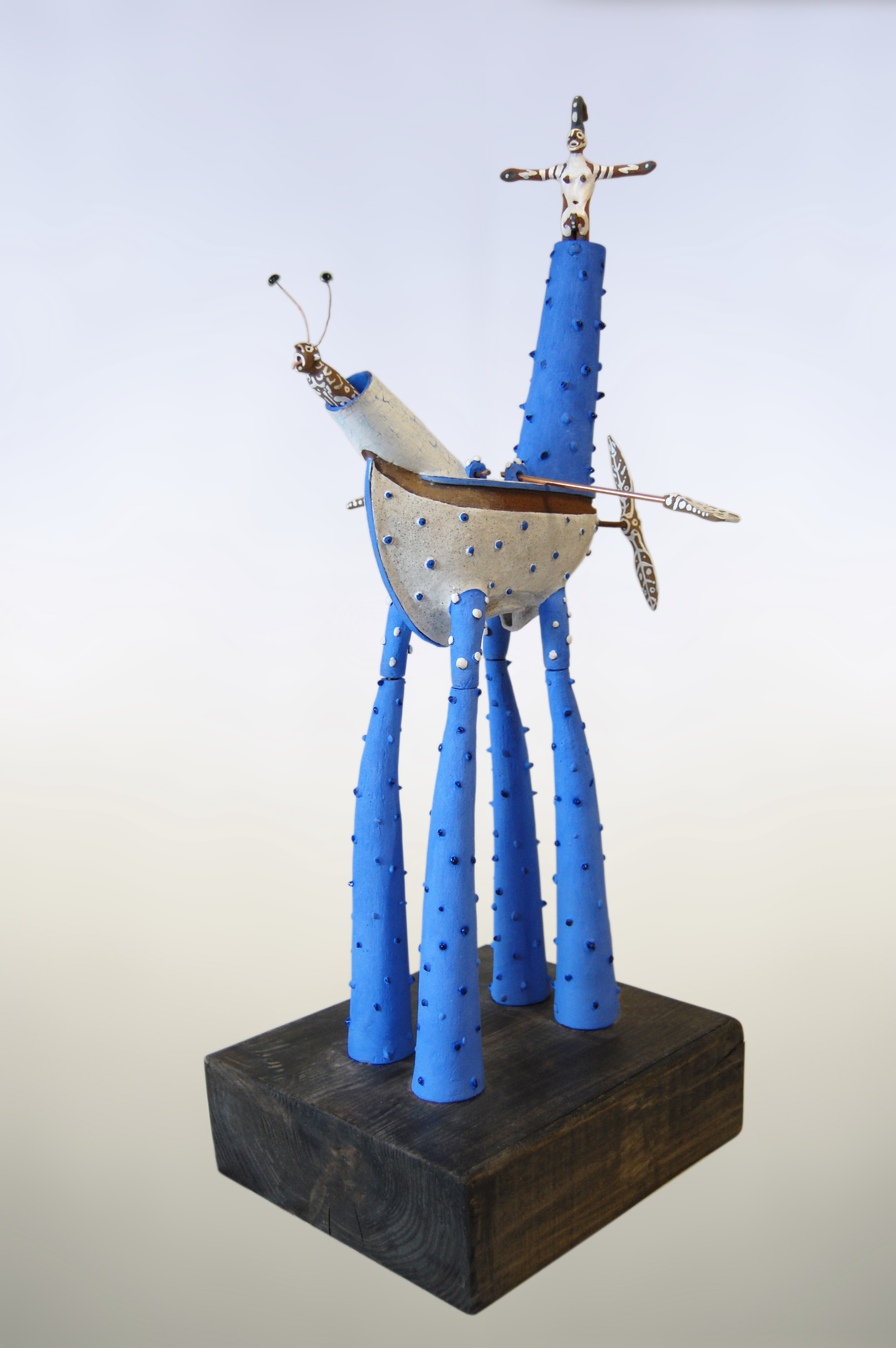 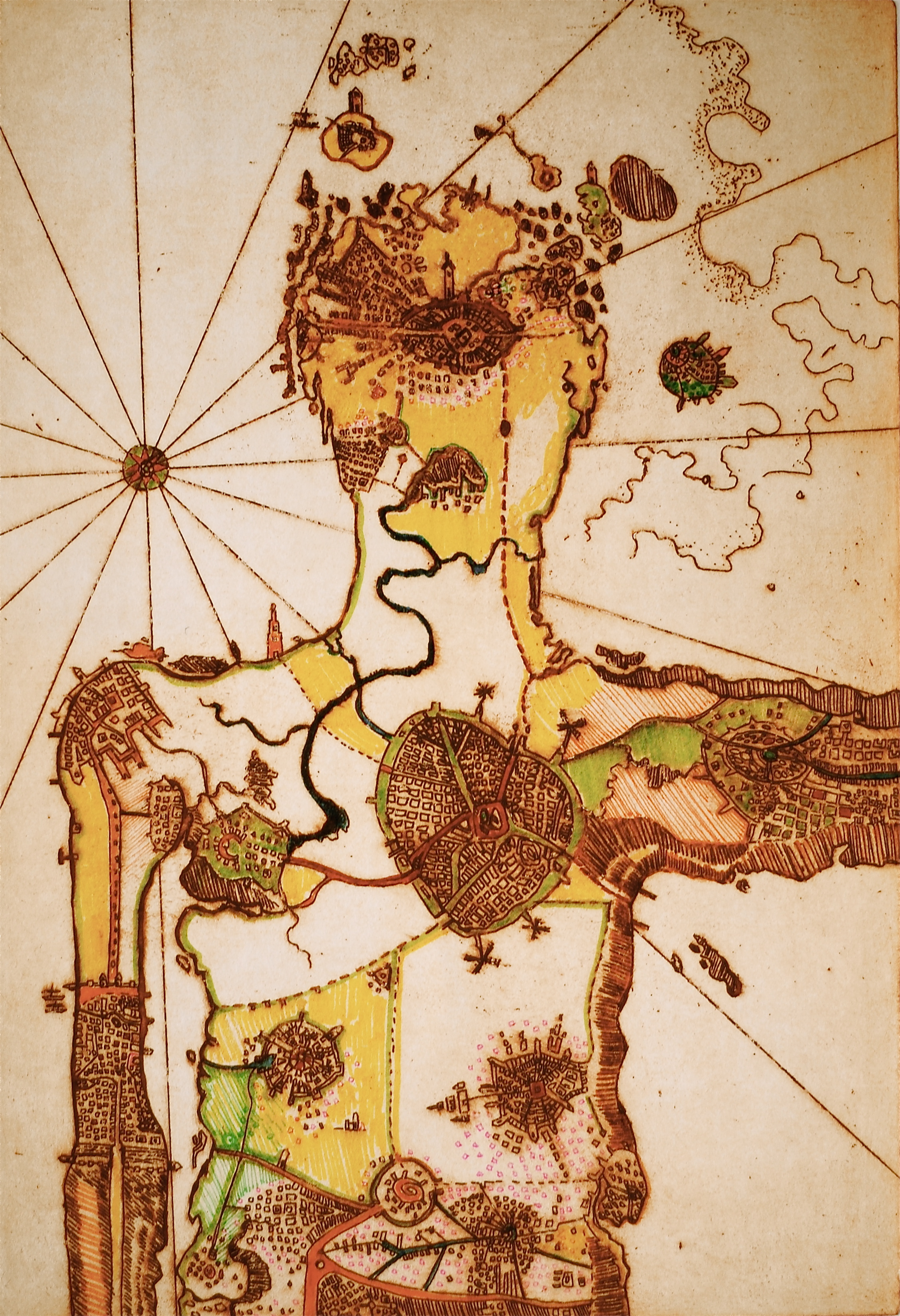 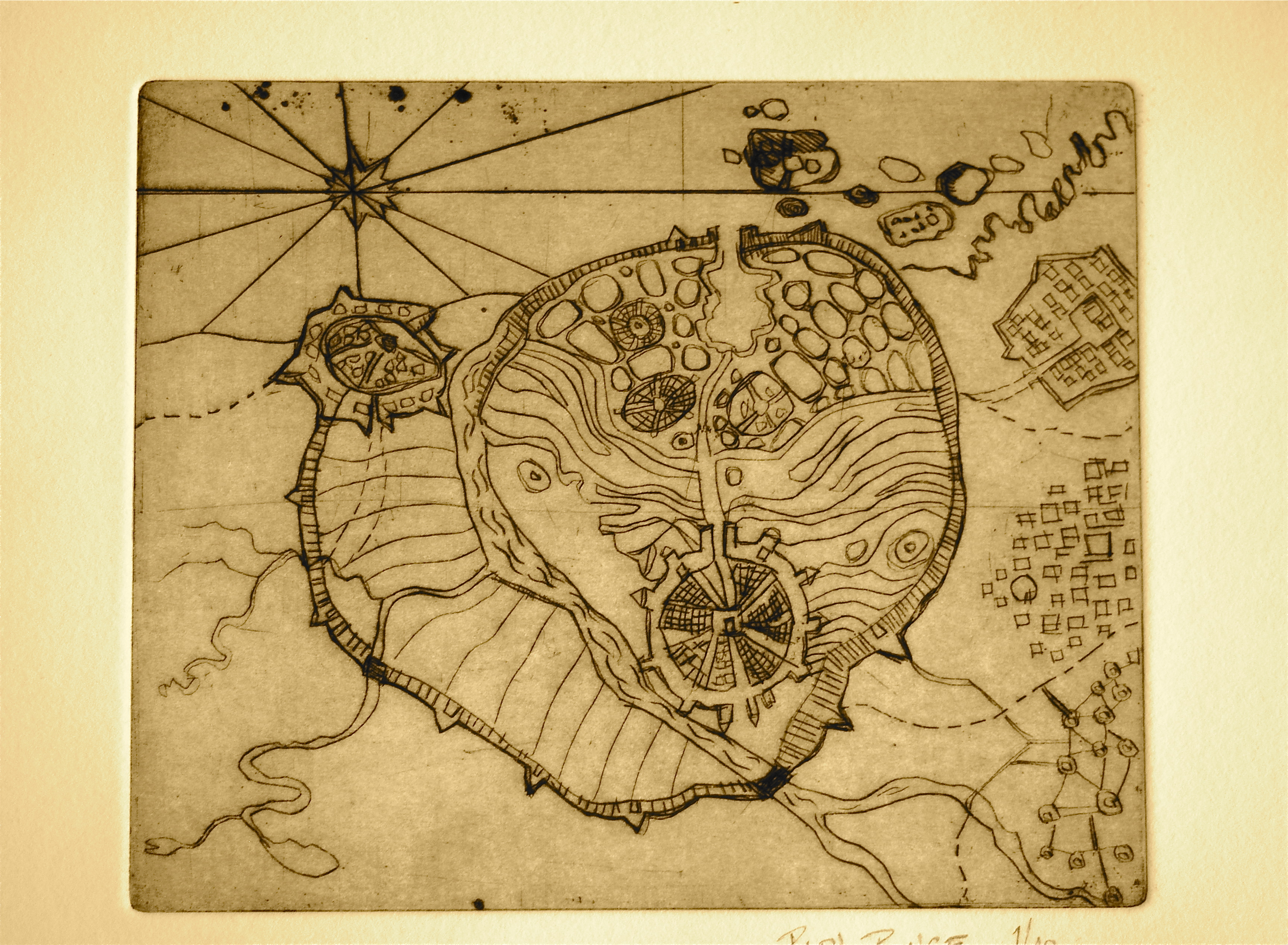 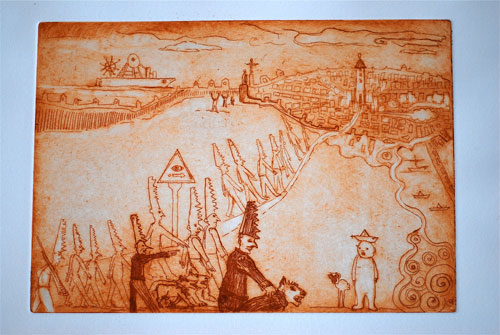 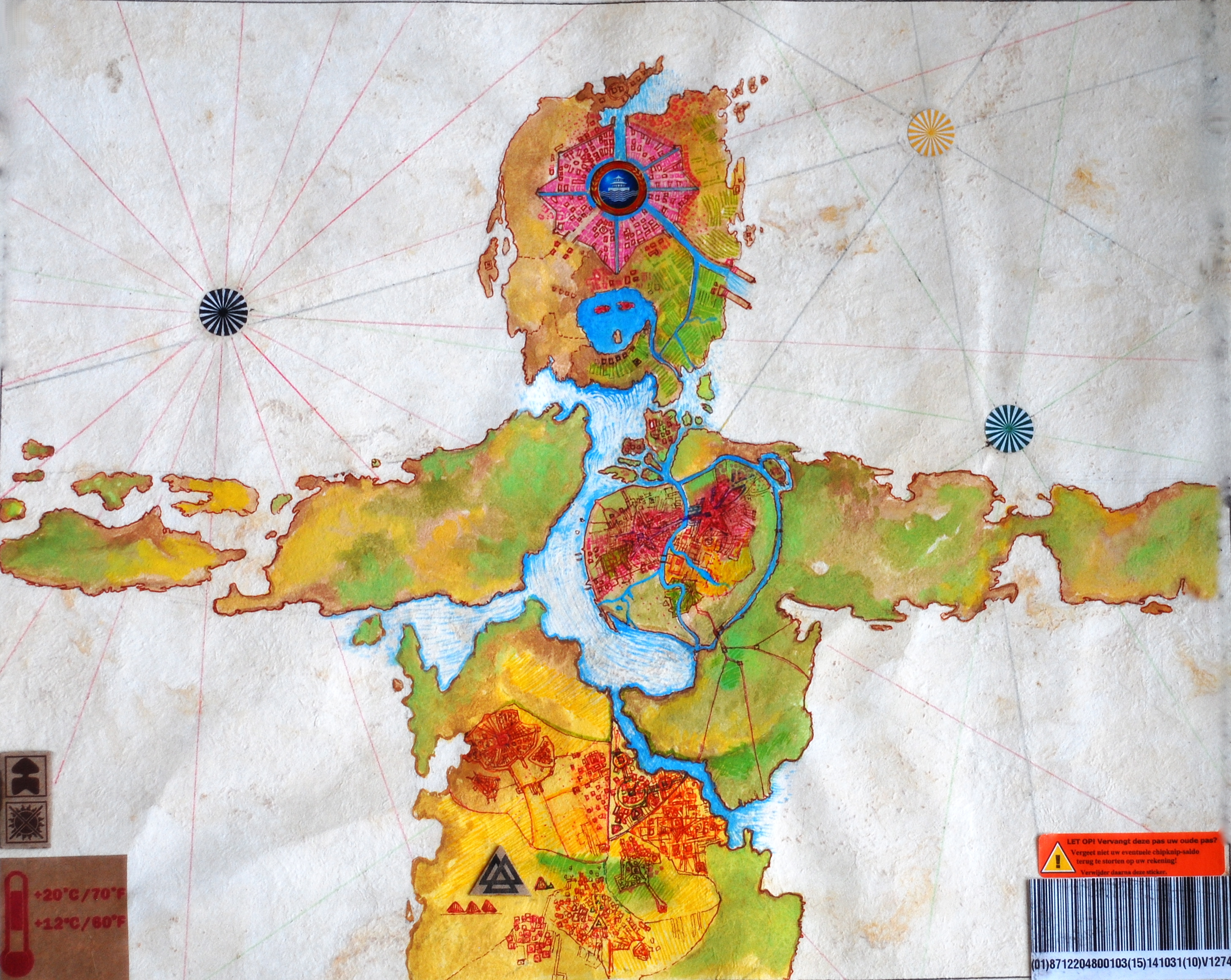 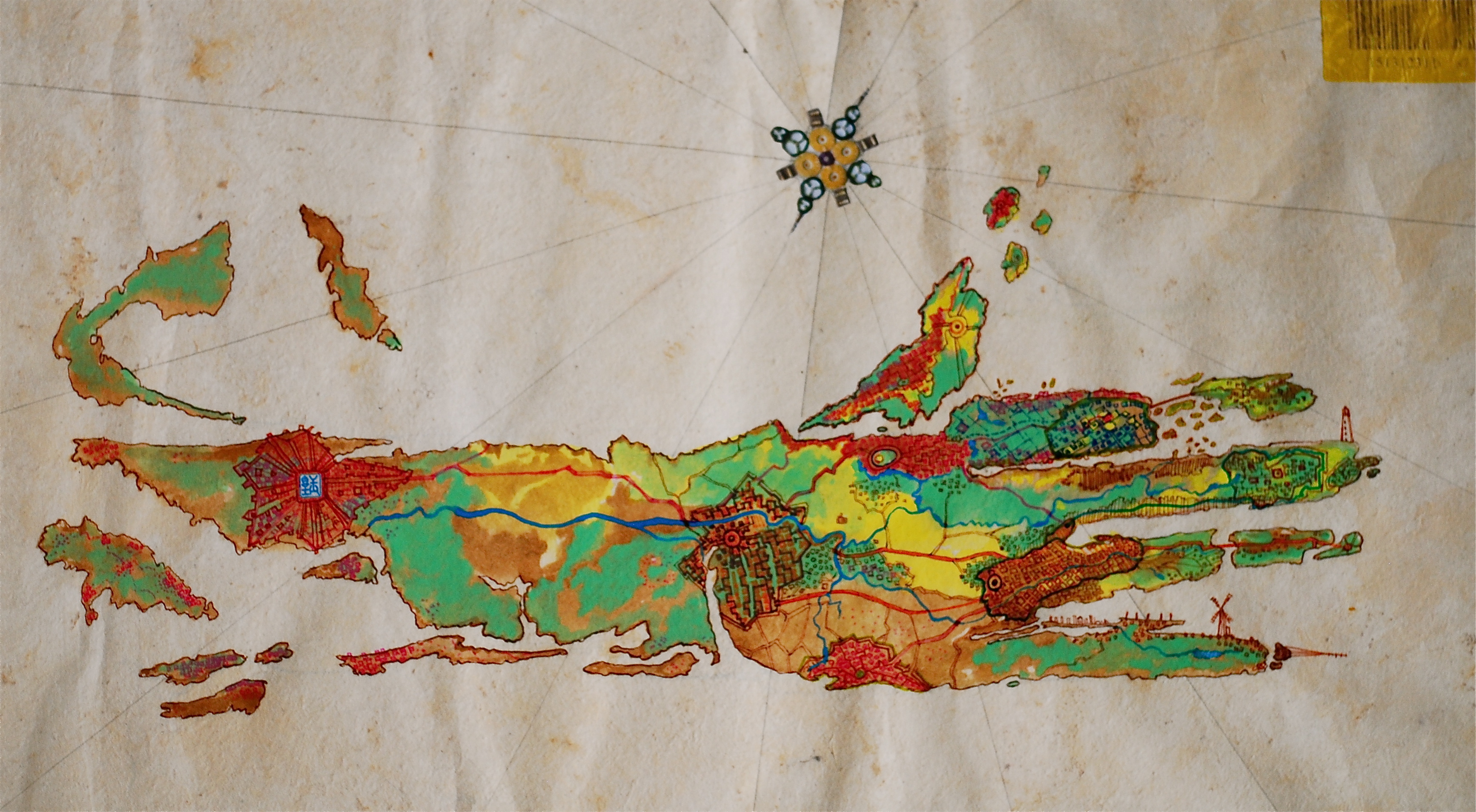 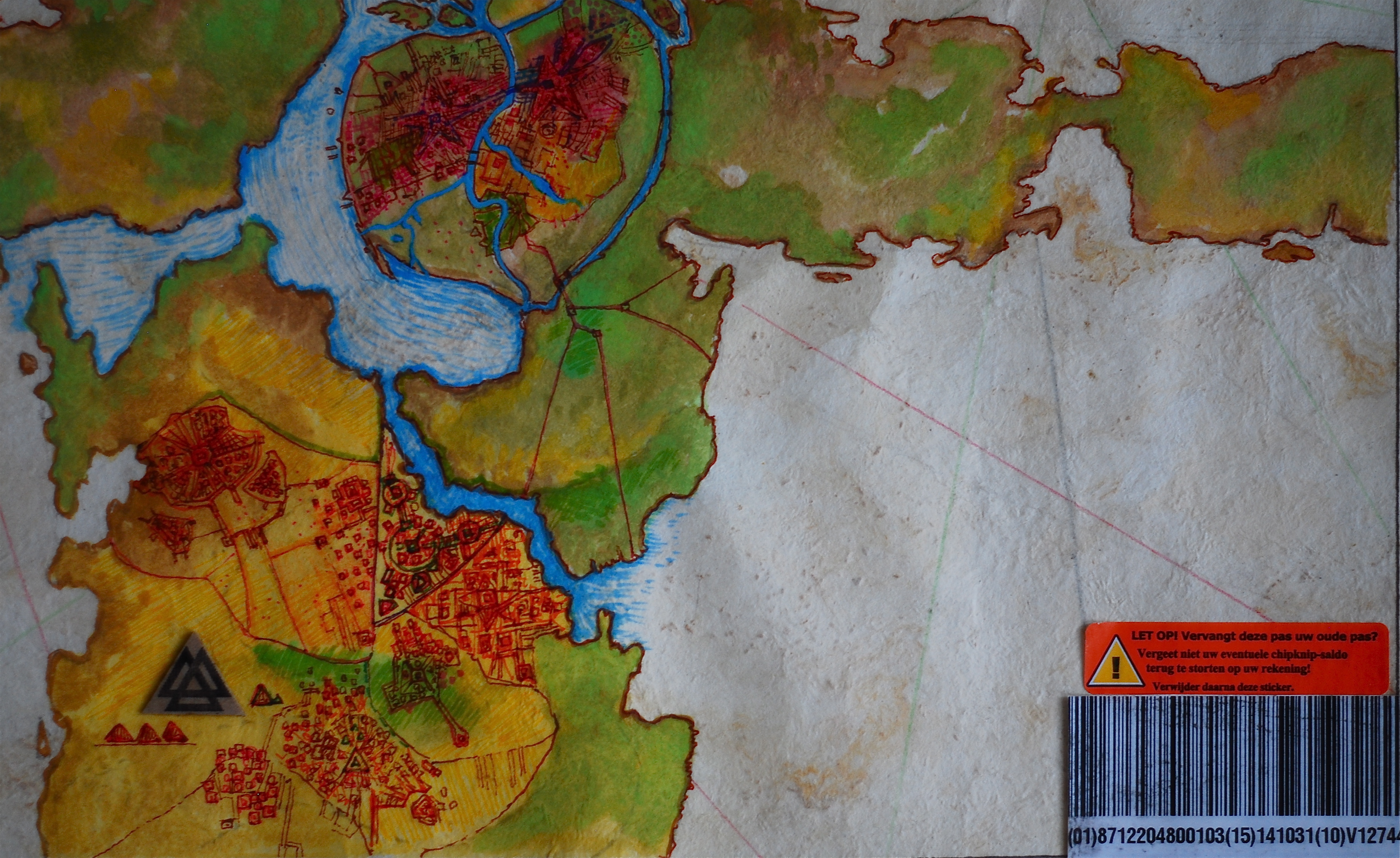 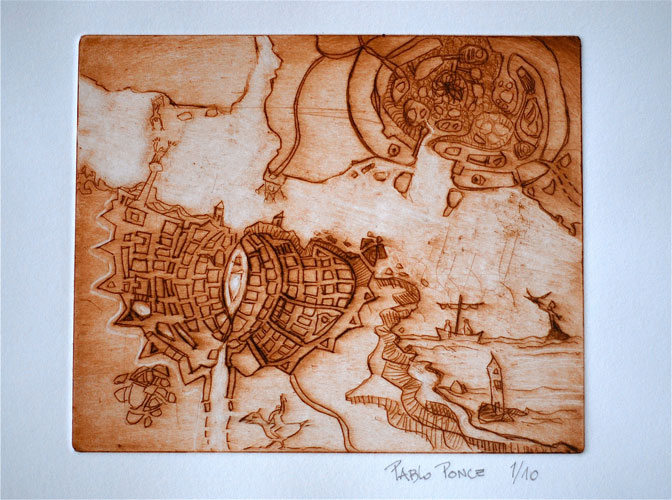 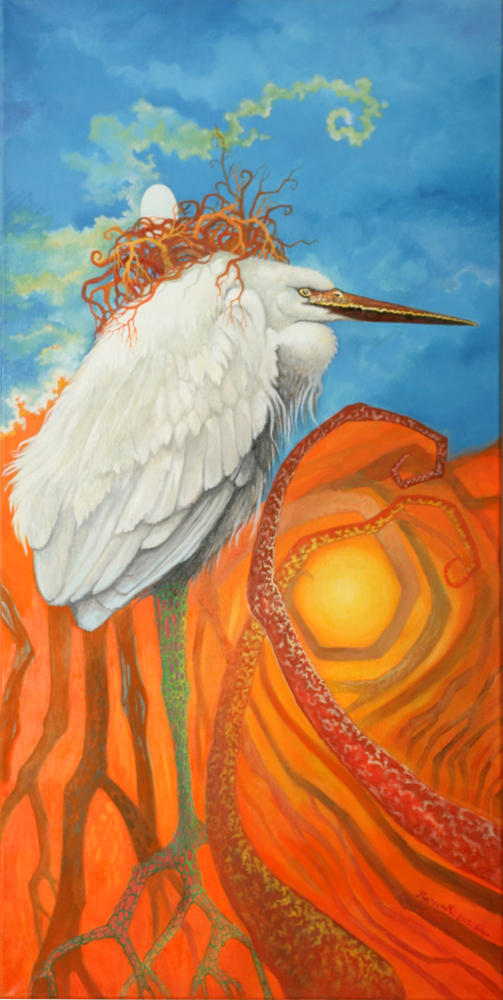 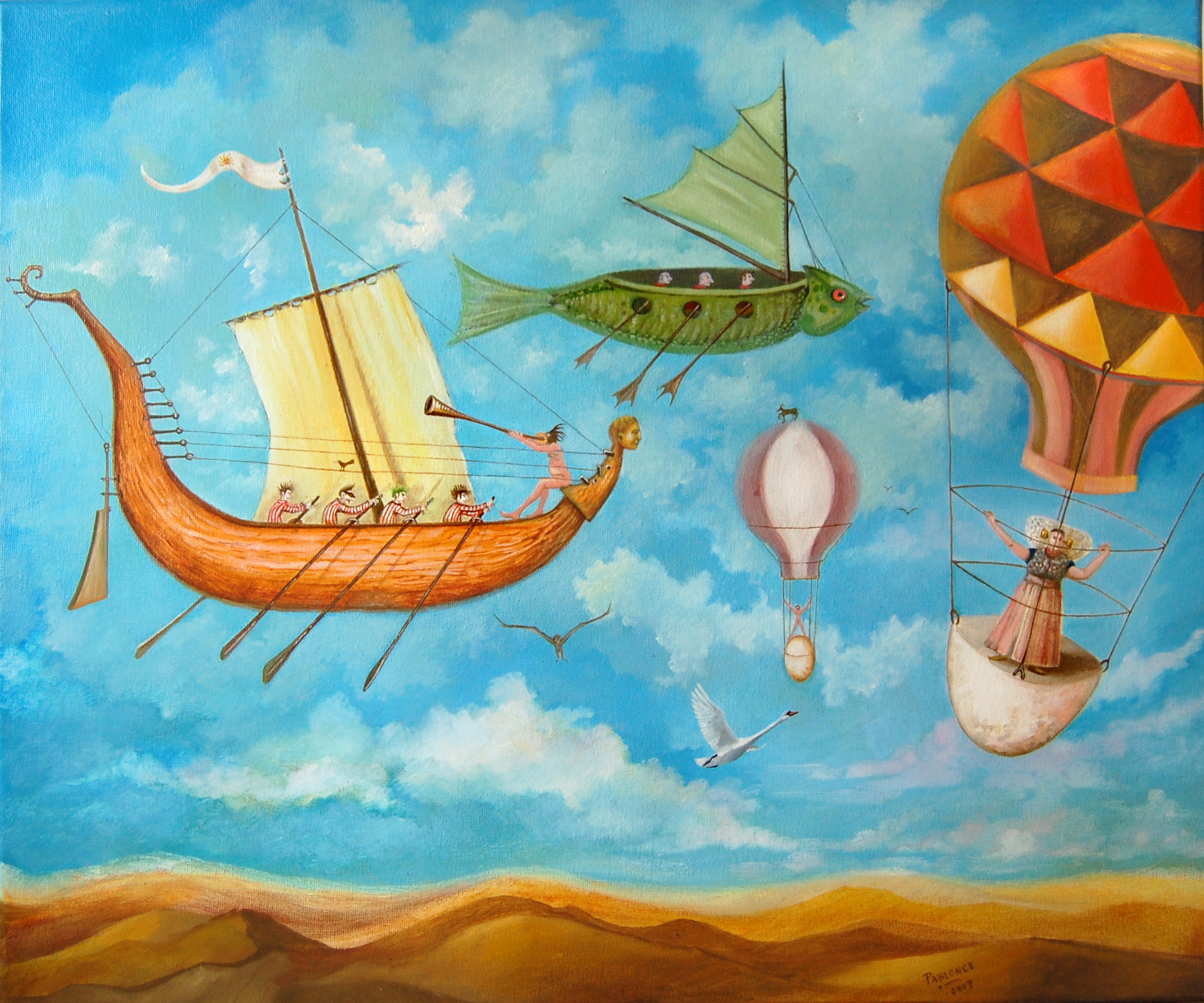